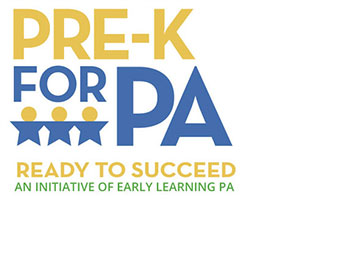 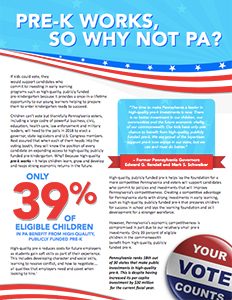 A new report, “Pre-K Works, So Why Not PA?“, released by Pre-K for PA principal partner organization Pennsylvania Partnerships for Children shows that PA ranks 18th out of the 30 states that make public investments in high-quality, publicly funded pre-k, despite having increased its per capita investment by $30 million for the current fiscal year.

Neighboring New York invests $812 million in state funding for publicly funded pre-k annually compared to Pennsylvania’s $226.4 million – we’re falling behind. We are behind West Virginia, Georgia and Oklahoma, all of which offer pre-k to every 4-year-old child. And, we’re late to the game. West Virginia launched its pre-k program in 1983 and made it universal in 2012; Pre-K Counts in PA didn’t begin until 2007.

Right now, 106,200 at-risk 3- and 4-year-olds in the commonwealth start kindergarten behind their peers who were given the opportunity to attend a high-quality pre-k classroom.

Our neighbors are making high-quality pre-k a priority, so Why Not PA? 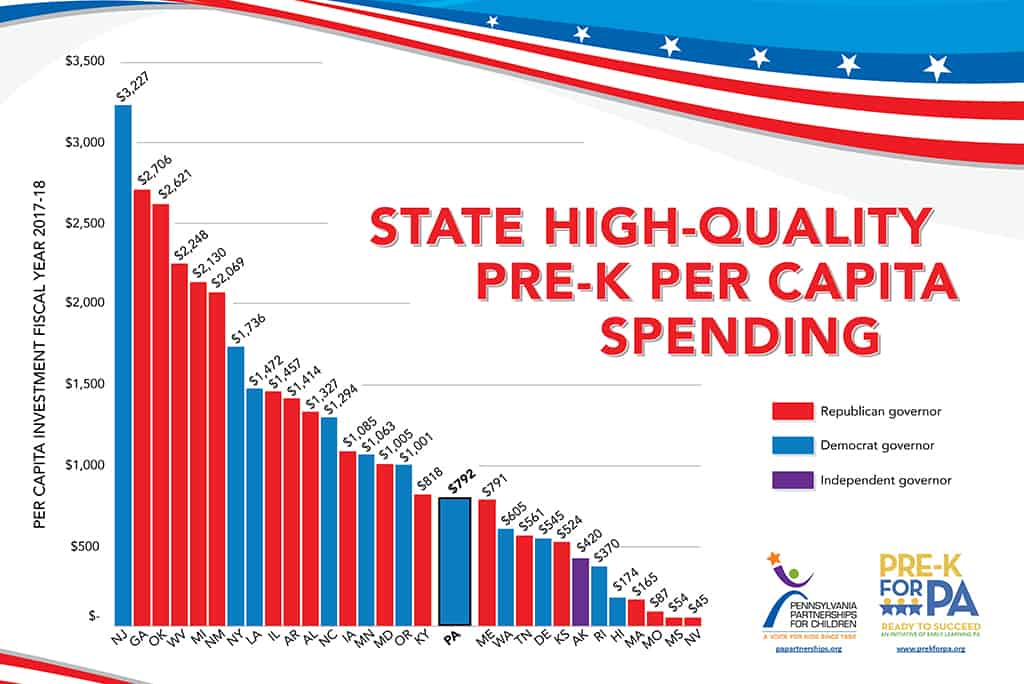 “Why Not PA” in the News

2018 is a big election year in Pennsylvania. It’s more important than ever to ensure that candidates prioritize pre-k. Check out our Election Center to see how you can help!