Where We Are, Where We’re Going: Pre-K in PA 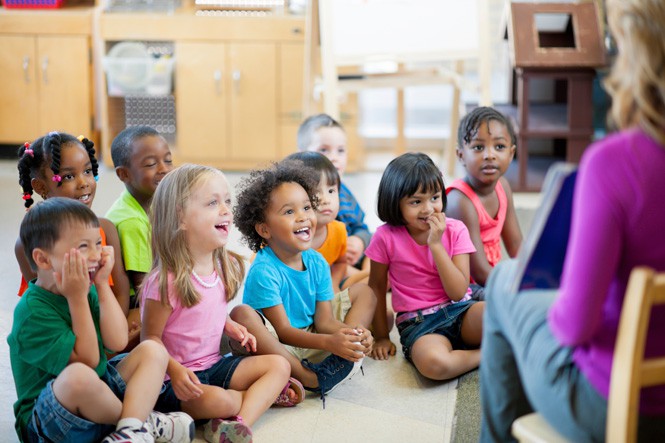 Pre-k is a hot topic right now. As evidence piles up that high-quality pre-k is a wise investment with a lasting impact, it’s been the subject of high-profile op-eds in the New York Times and Wall Street Journal and featured in the President’s two most recent state of the union speeches. Currently, 39 states have publicly funded pre-k, among them Pennsylvania. The good news is Pennsylvania has high-quality public programs that have been proven effective. The bad news is that public funding allows for fewer than 20 percent of 3- and 4-year-olds to be served.

Given the growing chorus of support on the issue and the upcoming gubernatorial and state legislative elections, there is a unique opportunity to increase access now, which is where the Pre-K for PA campaign comes in.

Last month, a statewide coalition, including the Economy League, launched the campaign at events in Pittsburgh, Harrisburg, and Philadelphia. The campaign’s goal is that all children in the Commonwealth are ready to succeed in school by ensuring that every 3- and 4-year-old has access to high-quality pre-k. To achieve this, the campaign will make pre-k a key issue in the upcoming state elections. Following the elections, coalition members will work with the administration and legislature to expand access and increase the number of quality slots.

Over the past 15 years, Pennsylvania leaders have demonstrated strong support to increase the quality of and access to early learning. These efforts include the bi-partisan Early Childhood Education Caucus, made up of 125 members from the General Assembly and the Governor’s Early Learning Investment Commission, which includes more than 70 business leaders from around the state who support high-quality early childhood education. Thanks to the work of these and many other advocates, Pennsylvania has established a solid early education system that the campaign aims to build upon.

One of the most exciting and powerful aspects of the campaign is the broad base of support we have. Beyond business leaders, there are school district superintendents, law enforcement officials, and even retired military leaders making the case for investment in high-quality pre-k in Pennsylvania.

What unites these diverse groups around this issue is evidence. For business leaders, it’s evidence that high-quality pre-k is a workforce development tool. It’s the first, crucial step in building a strong, educated workforce, and a public investment with quantifiable, reliable returns. And the retired military leaders who make up Mission Readiness support the campaign for similar reasons. They need qualified men and women to serve. Currently, nearly 75 percent of 18- to 24-year-olds are not fit to serve in the armed forces due to low education levels, poor physical condition, or a criminal record. For them, expanding pre-k is an issue of national security.

For school district leadership, it’s seeing first-hand that children who arrive at school without the social-emotional and emerging literacy and math skills they need have a hard time catching up, and too often, continue to fall behind. Sadly, there is a good deal of evidence that supports these observations.

The law enforcement officials who make up the Pennsylvania chapter of Fight Crime: Invest in Kids see a pipeline of children who aren’t prepared for school, struggle academically and socially, fail to graduate from high school, and end up in the criminal justice system. The group’s recent report, I’m the Guy You Pay Later showed that increasing federal and state investment for early learning could significantly boost high school graduation rates and reduce incarceration rates in the Commonwealth, saving Pennsylvania $195 million annually.

To continue building support among these groups and new ones, the Economy League will be providing the campaign with research and analysis on economic and educational impacts, outlining policy options for expanded pre-k, and leading outreach to the local business community. As the campaign gets off the ground, we were encouraged that Governor Corbett proposed an 11.5 percent increase in public funding for quality pre-k in his budget address earlier this week. While this is good start, the campaign will be looking at options to ensure every 3 and 4-year-old has access to a high-quality program.

To read other posts from the World Class Greater Philadelphia blog, click here.