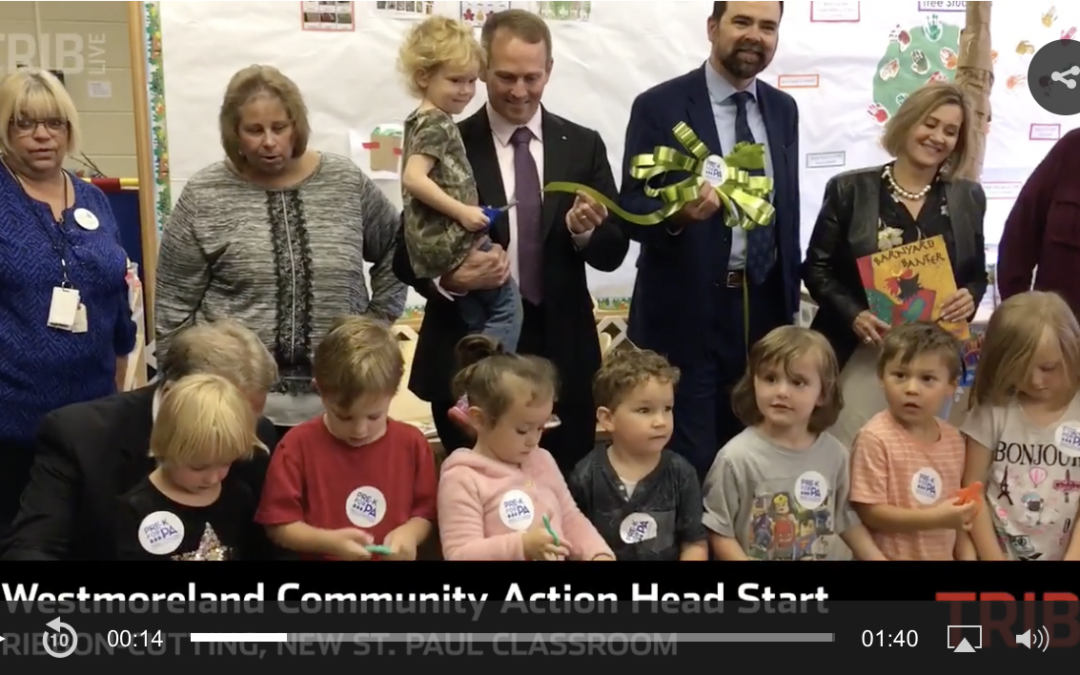 A new full-day pre-kindergarten classroom in Hempfield was cause for celebration Thursday, but the celebration was muted because of the ongoing unmet need in Westmoreland County.

Leaders of Westmoreland Community Action Head Start met with area lawmakers to officially open the classroom and to advocate for more funding for pre-K classrooms in the 2020-21 state budget.

“We are at 38% of eligible children in Westmoreland County who have access to pre-K, so we still have some work to do,” said Cara Ciminillo, executive director of Trying Together, a regional early childhood education organization.

Ciminillo noted that 62% of income- eligible children in Westmoreland County don’t have access to pre-K because of a lack of funds. Pre-K programs such as Head Start (federal) and Pre-K Counts (state) serve low-income children ages 3-5 and prepare them for kindergarten.

The new classroom, one of two at the St. Paul Head Start in Carbon, was made possible as part of a $30 million line item in the 2019-20 state budget and serves 17 children, Ciminillo said. The original classroom, which serves 18 children, moved to St. Paul from Hutchinson Elementary School.

“Head Start and Pre-K Counts serve the most high-risk families in the county in an effort to narrow the gap between low-income kids and their middle-income and higher-income peers,” said Patti Prior, Westmoreland Community Action operations manager.

That gap represents not only academic performance but also social and emotional skills, she said.

“We try to engage parents very early. … Research indicates that when families are engaged early, they’ll be involved later in life,” Prior said.

Westmoreland Community Action operates 25 pre-K classrooms in 14 school districts, and has an enrollment of 491 students. It was the only county Head Start agency to receive funding for a new classroom this year.

“We were lucky to get the 17 slots that we did get,” said Tammy Patterson, vice president for Westmoreland Community Action’s Children & Family Services.