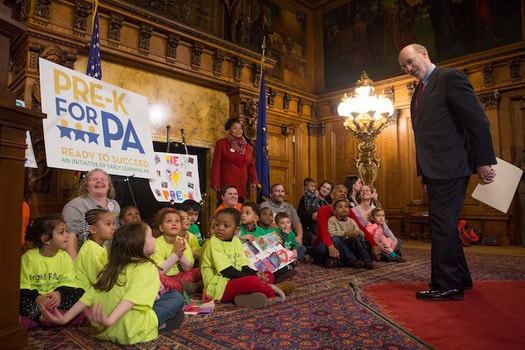 Joan Benso, president and CEO of Pennsylvania Partnerships for Children and a partner in the Pre-K for PA program, said that will open the door to critical learning programs for thousands more three- and four-year-olds across the Commonwealth.

“The Pre-K for PA Campaign is striving to ensure that every child at risk of school failure has access to high-quality, publicly-funded pre-K by 2021-22,” Benso said, “and this increase is a really great step in that direction.”

Gov. Tom Wolf is expected to sign the budget if the General Assembly is able to agree on a revenue package to pay for it in the next week.

“The estimates are that there’s a return of about $4, at least, for every dollar invested,” she noted. “And any public investment that returns more than the dollar you invested in it is a winner in our book.”

Read the article and listen here.