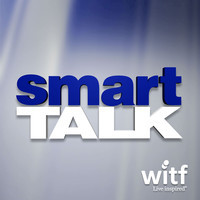 High-quality pre-k “has just done amazing things” for my son.

We wanted to share a quick story with you from a parent who has seen the benefits of high-quality pre-k.

On Tuesday morning, representatives from the Pre-K for PA campaign were the featured guests on a central Pennsylvania talk show, making the case for why Pennsylvania needs to drastically expand access to high-quality pre-k for the commonwealth’s 3- and 4-year-olds. A mom named Julie from York County called in to share how she found an affordable Pre-K Counts program for her son, who she feared might not be prepared to succeed in kindergarten. In Julie’s own words …

We wish it were more available too, Julie. That’s why we’re working hard to make the case for increasing state investments in high-quality pre-k programs like Pre-K Counts and Head Start.

And that’s why we needed voices like Julie’s – and yours – to tell Gov.-elect Tom Wolf and the General Assembly that investments in high-quality pre-k need to be a priority for 2015.