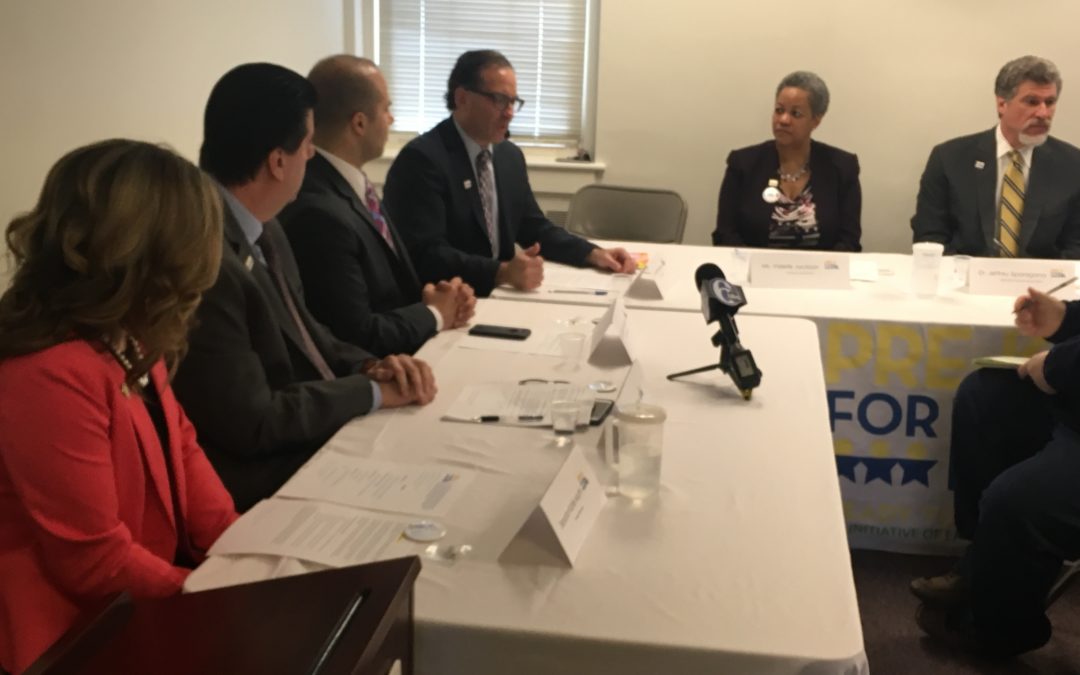 POTTSTOWN — As the state budget season kicked off with the presentation of Gov. Tom Wolf’s budget, early education advocates kicked off their efforts to ensure that budget funds pre-kindergarten education.

For their setting they chose the Learning Annex building on North Franklin Street where several of the Pottstown School District’s Pre-K Counts classrooms are held.

It is an easy program to support, said Schools Superintendent Stephen Rodriguez, because “it emotionally prepares students to deal with the world, and economically, it is the best way to invest in education.”

That too was the conclusion reached in a four-page study by the Economy League of Greater Philadelphia which was released during the event.

Jeff Hornstein, the executive director of the Economy League, said Pottstown was chosen as a case study because it has been on the forefront of early education since 1989 when it implement half-day Pre-K classes in all its elementary schools.

More recently, for the last 13 years, that effort has fallen under the umbrella of PEAK, Pottstown Early Action for Kingergarten Readiness, spearheaded by former schools superintendent Jeff Sparagana, who was on hand and called the effort “a unique partnership” between the school district and larger community.

In 2007, the state jumped into the game with a program called Pre-K Counts and because of Pottstown’s existing program, provided 108 slots for low-income children. By 2015, it had grown to 220 slots and is now more than 300 full-day slots.

According to the Economy League information, “children who participated in Pre-K Counts were less likely to need intensive literacy support” in 2017.

“Research from 2016 found that children who participated in PEAK’s pre-kindergarten programs performed better than the district average on literacy assessments when they arrived in kindergarten and each subsequent year through third grade,” according to the Economy League data.