PennLive/Patriot-News Editorial: “Let’s have more of it” 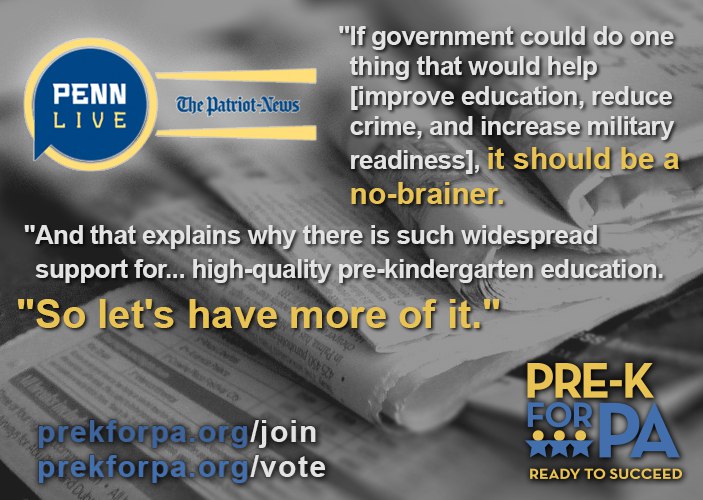 It helps kids, fights crime, and strengthens the military, so let’s have more of it: Editorial

by the PennLive/ Patriot-News editorial board, September 21, 2014

“Nearly everybody in this country thinks government should do what it can to reduce crime.

“Nearly everybody thinks our country should have a strong military whose ranks are well-trained and professional.

“And absolutely everybody believes all children should be able to get a good education.

“If government could do one thing that would help advance all three of those goals, it should be a no-brainer.

“And that explains why there is such widespread support for making more children have access to a high-quality pre-kindergarten education — especially disadvantaged children.”

Read the full editorial at:
http://www.pennlive.com/opinion/2014/09/pennsylvania_should_embrace_un.html

“Let’s have more of it,” says @PennLive about #PreK. See who else supports our work at http://t.co/D5UIBr6Ixt #PAgov pic.twitter.com/A30Kkw7YoM