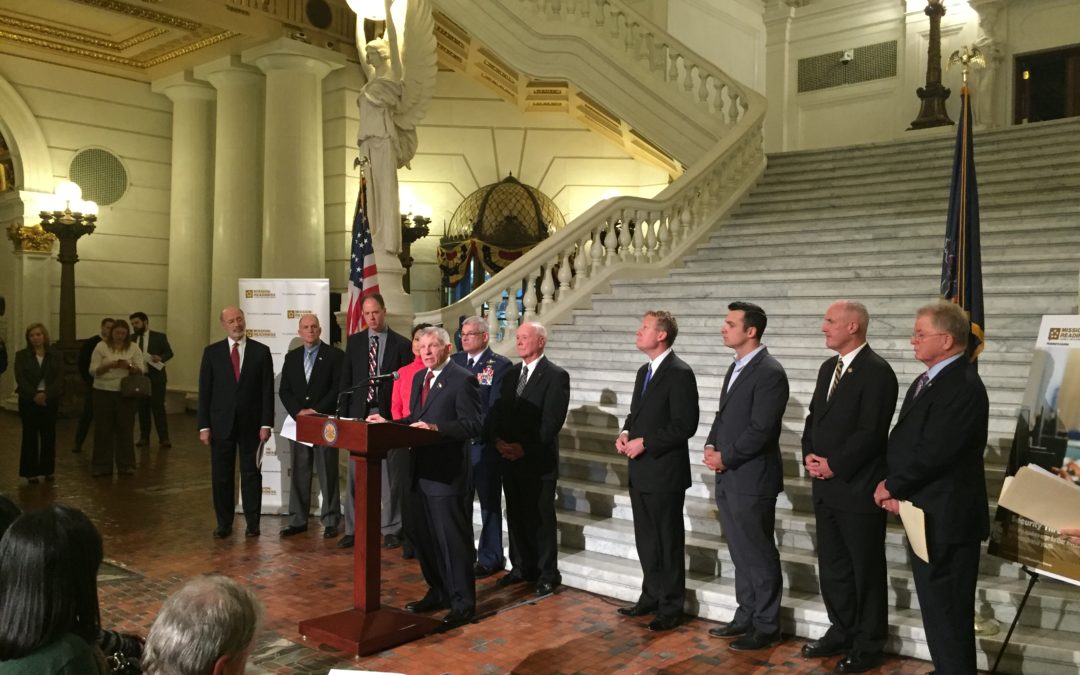 A group of retired military leaders says too many young Pennsylvanians don’t meet standard eligibility requirements for serving in the armed forces, and the country’s “thriving economy” makes the recruiting challenge even more difficult.

The group’s proposed solutions include more funding for schools, high-quality care for infants and toddlers, and for pre-K programs. Stressed in the report is the need to do more to level the funding gaps between Pennsylvania’s richest and poorest school districts.

“Pennsylvania is home to the widest per-pupil spending gap in the nation between wealthy and poor school districts,” the report notes. “This gap has a very real impact on students. Pennsylvania’s wealthiest districts spend 33.5 percent more than its poorest school districts, a gap significantly higher than the national average of 15.6 percent.”

Mission: Readiness is part of the Council for a Strong America, a group of law enforcement, retired military, business, faith and sports leader who advocate on children’s issues.

The report does not suggest a specific dollar amount for the proposed funding increases. But the report says lawmakers need to do more to ensure young people in Pennsylvania are ready for college or careers, including military service.

“Nothing less than our economy and our national security depends on it,” retired Army Lt. Gen. Dennis Benchoff said Tuesday.

The report makes the case that young people aren’t leaving school with the skills they need, saying that about 7 in 10 people who are 17 to 24 years old don’t meet the military’s core eligibility requirements. The most common barriers include inadequate education, obesity or other disqualifying health conditions, or having a record of crime or substance use.