New Report: The Military Gets It (Pre-K) 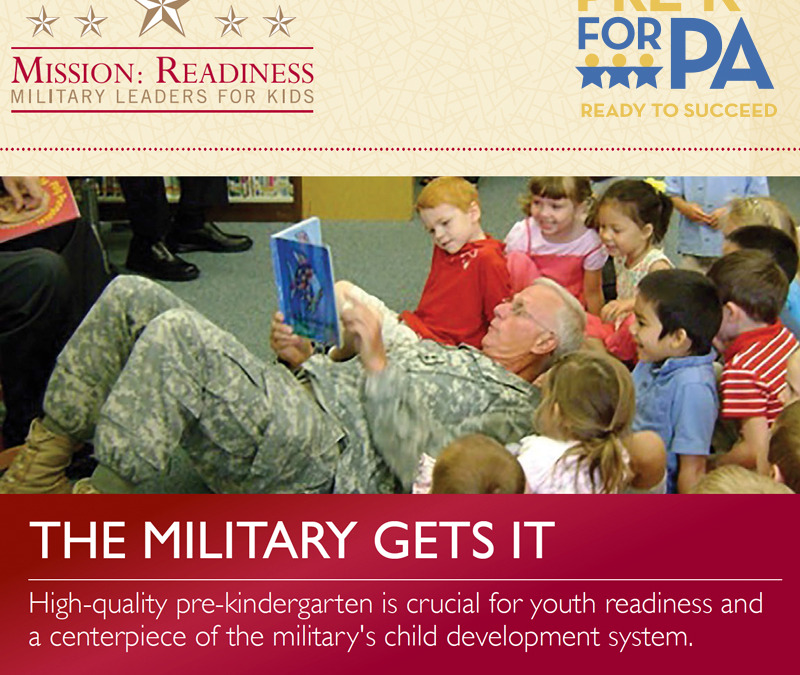 72% of young Pennsylvanians are ineligible for military service. Mission:Readiness and Pre-K for PA released a new report, highlighting retired PA generals who call for better access to high-quality pre-k and tout the military’s universal access early learning system as a model.

General O’Neill, a former Wayne County school superintendent, cited new Pentagon data that 72 percent of young Pennsylvanians are unable to serve in the military for three primary reasons: they are too poorly educated, they are physically unfit, or they have a criminal record. He emphasized research included in the report that quality pre-kindergarten experiences enable children to build the pre-math, pre-literacy and social skills that are vital to academic success when they begin school, making it less likely they will fall behind or eventually drop out.

“This high level of ineligibility among our youth is unacceptable as our current military involves complex technology and systems unimagined in past generations,” said General Perugino. “We need young men and women who can think critically, work well in teams, and make decisions under pressure. Increasing access to high-quality pre-K programs will result in more kids being prepared for college, the workforce and the military down the road.”

General Benchoff noted that the Department of Defense understands the importance of early education and has prioritized the development of exemplary pre-kindergarten programs – like those found at Tobyhanna Army Depot over the past 30 years. “High-quality pre-K programs are a centerpiece of the military’s Child Development System that is available to all active-duty military families,” said General Benchoff. “This system is recognized by experts as a model for the nation in terms of access and quality.

Pennsylvania’s policymakers should take the military’s lead and ensure access to high-quality pre-K for all of our children.”

Other major findings from the Mission: Readiness report entitled, The Military Gets It: High-quality pre- kindergarten is crucial for youth readiness and a centerpiece of the military’s child development system, include: 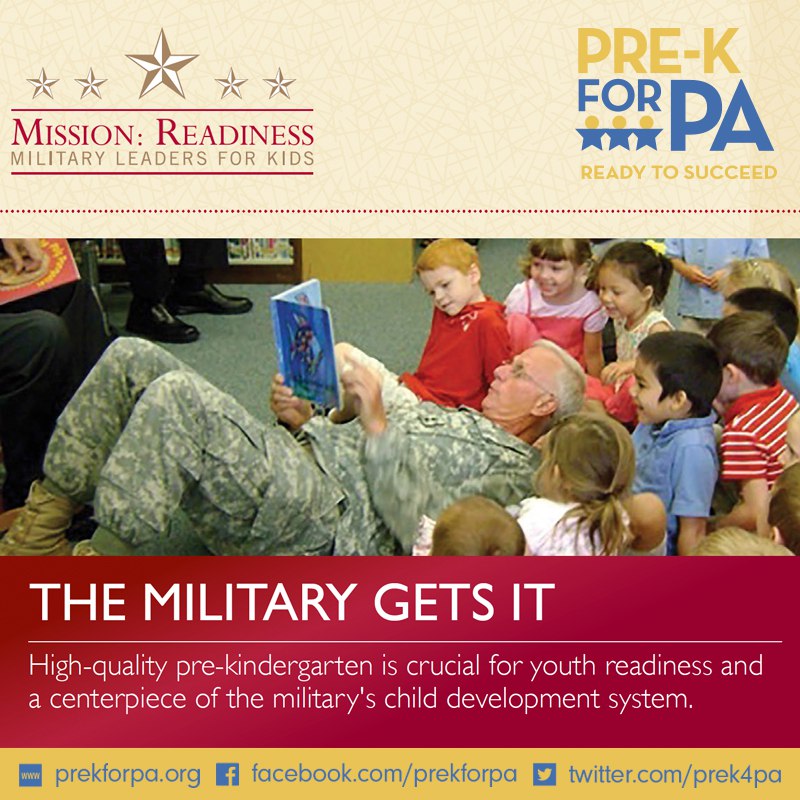 The Military Gets It