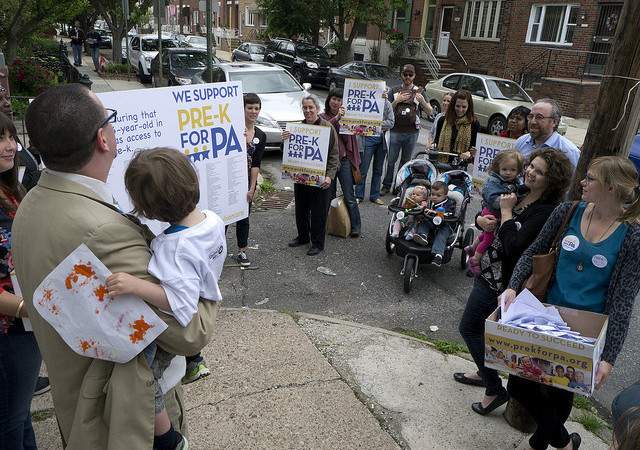 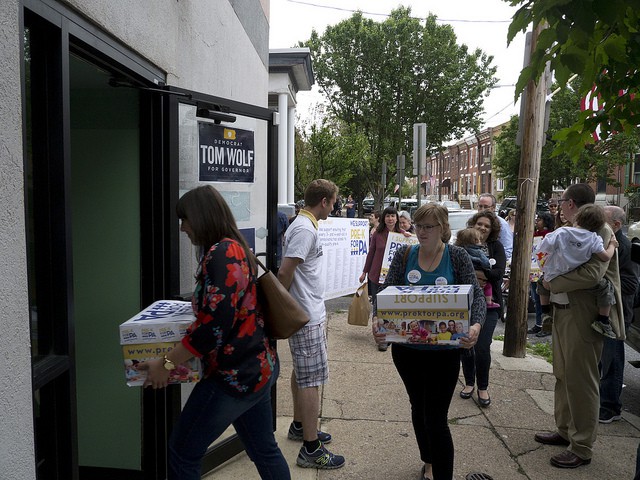 340 Organizations and Thousands of Pennsylvanians Have Signed on in Support of Access to High-Quality, State-Funded Early Learning Programs

Philadelphia, PA –Pre-K for PA grassroots organizers and supporters today delivered a petition signed by 340 supporting organizations from across the Commonwealth and 5,500 Pennsylvanians to the campaign of gubernatorial candidate Tom Wolf, highlighting the rapidly growing support for access to high-quality pre-k for every 3- and 4-year-old in Pennsylvania. The same petition, which demonstrates the vast and diverse bipartisan support for this issue, will also be delivered to Governor Tom Corbett’s campaign next week. Support for access to high-quality pre-k has grown throughout the Commonwealth since the launch of the Pre-K for PA campaign in late January – just four months ago.

Organizers and supporters – including local parents and children – delivered the petition this morning to Tom Wolf’s South Philadelphia campaign office on Castle Avenue. Among them was South Philadelphia mom and Pre-K for PA supporter Jen Devor, who said “I am proud to help deliver this message to the candidates because Pennsylvania’s children deserve better. The next governor of Pennsylvania should make investing in high-quality pre-k a priority to help ensure that pre-k is accessible to all 3- and 4-years-olds, not just the privileged few.”

Between now and the general election, Pre-K for PA is aggressively expanding its leadership and grassroots support. While the campaign will not endorse, the goal is to reach more and more voters who will want the gubernatorial candidates to make a clear and convincing case that, if elected, he will make access to high-quality pre-k a reality for every 3- and 4-year-old in the Commonwealth by 2018.

In a recent open letter to the gubernatorial candidates, Pre-K for PA expressed a sincere willingness to work with each of the candidates to offer ideas for how that can happen. Polling shows this issue has broad bi-partisan support and that the Pennsylvania voters overwhelmingly support increasing funding to ensure all children have access to high quality pre-k programs – even if it means raising their taxes.

Pre-K for PA is an issue campaign supported by individuals and organizations across Pennsylvania who believe that investing in our children is the right choice and an urgent necessity.  Our vision is that every 3- and 4-year-old in Pennsylvania will have access to high-quality pre-k. We will not endorse nor oppose candidates, but rather we will advocate on behalf of this vision for Pennsylvania’s children, schools and communities. 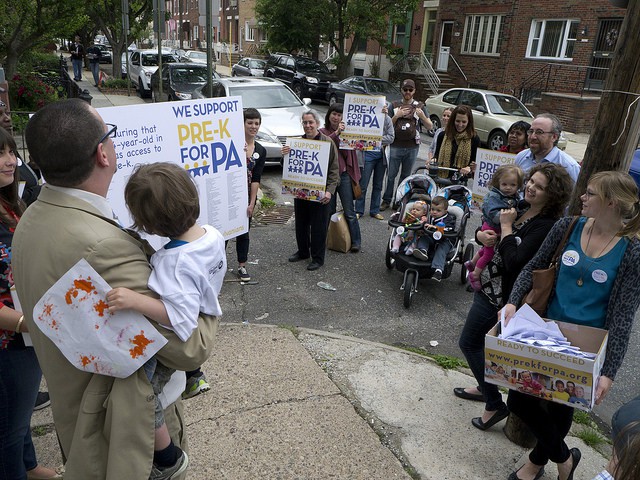