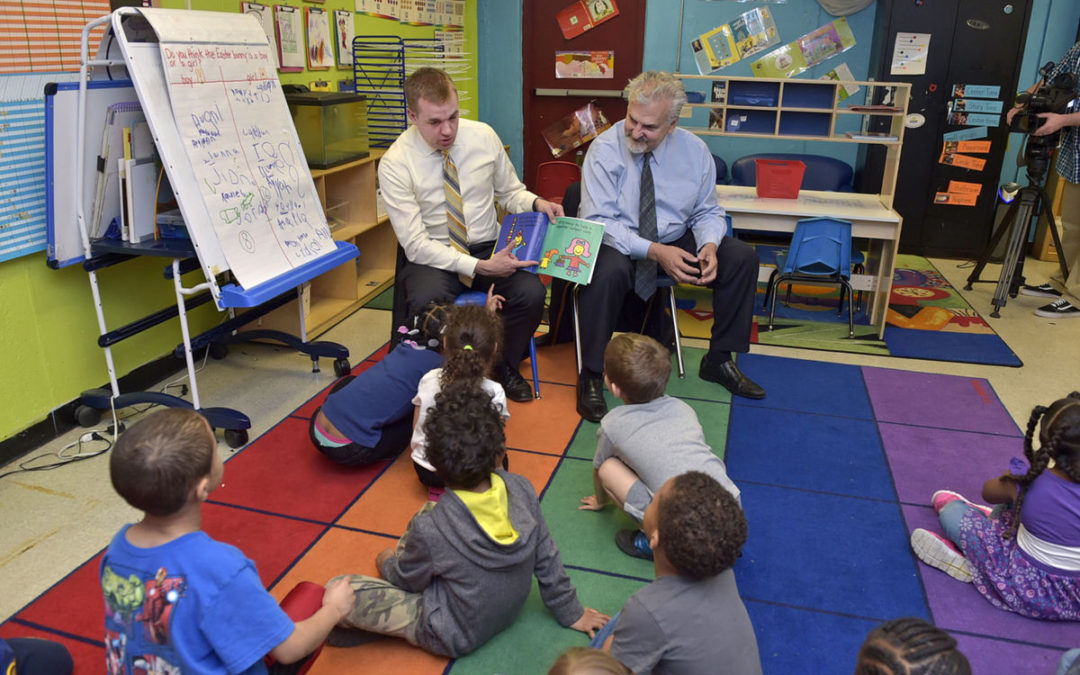 Two Pennsylvania lawmakers from Lancaster County were honored Monday for their support to expand investment in early childhood education across the state.

Pre-kindergarten education focuses on the developmentally sensitive ages of 3 and 4 as children prepare socially and cognitively for life and school, said Bruce Clash, state director of Fight Crime: Invest in Kids and a Pre-K for PA advocate.

“High-quality pre-K involves a highly qualified teacher with a bachelor’s degree that understands child development, that can identify kids with learning disabilities,” Clash said. “Identifying them and getting them the help they need early gets them back on grade level with their peers later on.”

However, budgetary issues have limited the number of children who can participate in state-funded programs, Clash said.

Sturla is the Democratic policy committee chairman, and Cutler is the House majority whip.

Of the 1,940 3- to 4-year-olds who live in Sturla’s 96th District, 828 of those who are eligible do not have access to the 19 eligible state-funded pre-K locations in Lancaster city, according to Pre-K for PA.

“This isn’t really a matter of there aren’t enough facilities. The facilities just can’t afford to do it for free,” Sturla said.

In Cutler’s 100th District in southern Lancaster County, of the 1,878 3- to 4-year-olds who live there, 1,330 of those who are eligible do not have access to its four eligible state-funded pre-K locations, according to Pre-K for PA.

“The truth is, even though some folks may qualify for it, they may not want to participate in it,” Cutler said. “Perhaps they use a different program that is not state-qualified, but is run through their church or something like that.

“We have to recognize that everybody might have a different direction they want to go in,” he said. “Be mindful of that, but for the kids who want that opportunity, we should do our best to work toward that.”