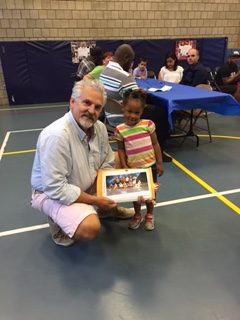 Lancaster, PA (June 1, 2016) – As priorities in the 2016-17 fiscal year budget negotiations are being identified in Harrisburg, Pre-K for PA provider Lancaster REC Child Care Center, celebrated the advancement of its pre-k class to kindergarten alongside PA State Representative Mike Sturla today at a Moving Up Ceremony.

“Research shows that investment in early childhood education proves for better outcomes in the future,” Representative Mike Sturla said. “Every one dollar invested has a return rate of $7 and has a significant impact on reducing the need for social services and corrections costs. It’s a critical developmental time for children and the more learning opportunities we provide for them in the early learning stages the less we will have to invest in remedial training and incarceration costs in the future. I unequivocally support investing in early childhood education and commend Lancaster Rec Child Care Center for all they do to get children excited about learning.”

“A multi-year goal for growing access to high-quality pre-k for all of the income eligible children and begin looking at pre-k affordability issues regarding middle class families must be identified as an urgent priority at the negotiating table this month,” said Jodi Askins, Executive Director, Pennsylvania Association for the Education of Young Children (PennAEYC), a Pre-K for PA Principal Partner.