Governor Wolf’s Commitment to Pre-K Goes Down the Chute 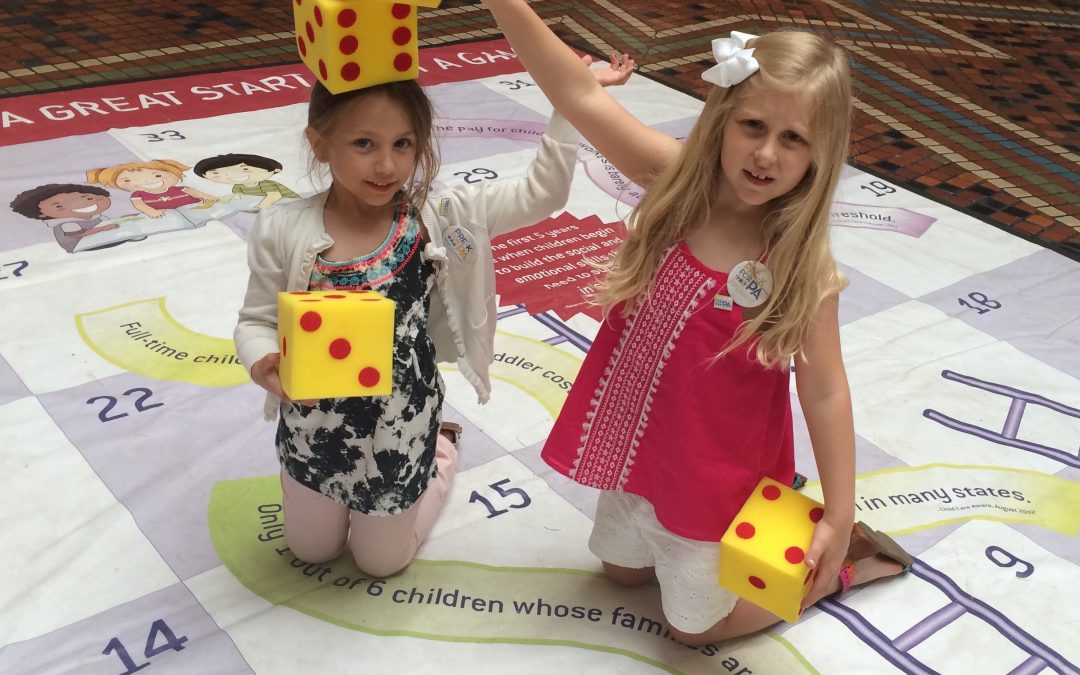 Governor Wolf’s Commitment to Pre-K Goes Down the Chute

Harrisburg, PA (June 23, 2016) –While pre-k advocates and legislators show their continued support for pre-k expansion by trying their hand at a life-sized Chutes & Ladders game in the East Wing Rotunda today, the Pre-K for PA Campaign expressed its disappointment with Governor Tom Wolf stepping back on his commitment for meaningful pre-k expansion from his list of “must haves” in the final 2016-17 state budget agreement.

The principal partners of the multi-year Pre-K for PA campaign to increase funding for high-quality pre-k issued the following statement regarding the governor’s announcement:

“The governor’s backtracking on his campaign priority is a huge setback for the 120,000 3- and 4-year-olds who currently lack access to high-quality pre-k programs that will prepare them to enter school ready to learn. This pace of growth is inadequate.”

“In spite of this setback, the pre-k campaign remains hopeful that legislative leaders on both sides of the aisle will remain responsive to young children’s needs in their districts and boost pre-k funding beyond the governor’s current request.”

“Over the past several months a wide show of force that includes local philanthropic groups, mayors and municipal leaders, pediatricians, chamber of commerce officials, and an ever-growing corps of highly respected business, military and law enforcement leaders, have joined the Pre-K for PA campaign’s call for a $90 million expansion for Pre-K Counts and Head Start State Supplemental in the 2016-17 state budget. Such an investment would allow 7,400 more Pennsylvania children to attend high-quality pre-k next year in addition to making the 6,200 half-year slots full-year. These children will not have another chance to reap the benefits of high quality pre-k. The time to invest is now.”

Pre-K for PA and MomsRising are teaming up for a “Moms for Pre-k Day” at the State Capitol in Harrisburg today. Legislators, staffers and visitors to the Capitol are invited to join moms and kids for Chutes & Ladders fun.

Pre-K for PA is an issue campaign supported by individuals and organizations across Pennsylvania who believe that investing in our children is the right choice and an urgent necessity.  Its vision is that every 3- and 4-year-old in Pennsylvania will have access to high-quality pre-k. For more information visit www.prekforpa.org.