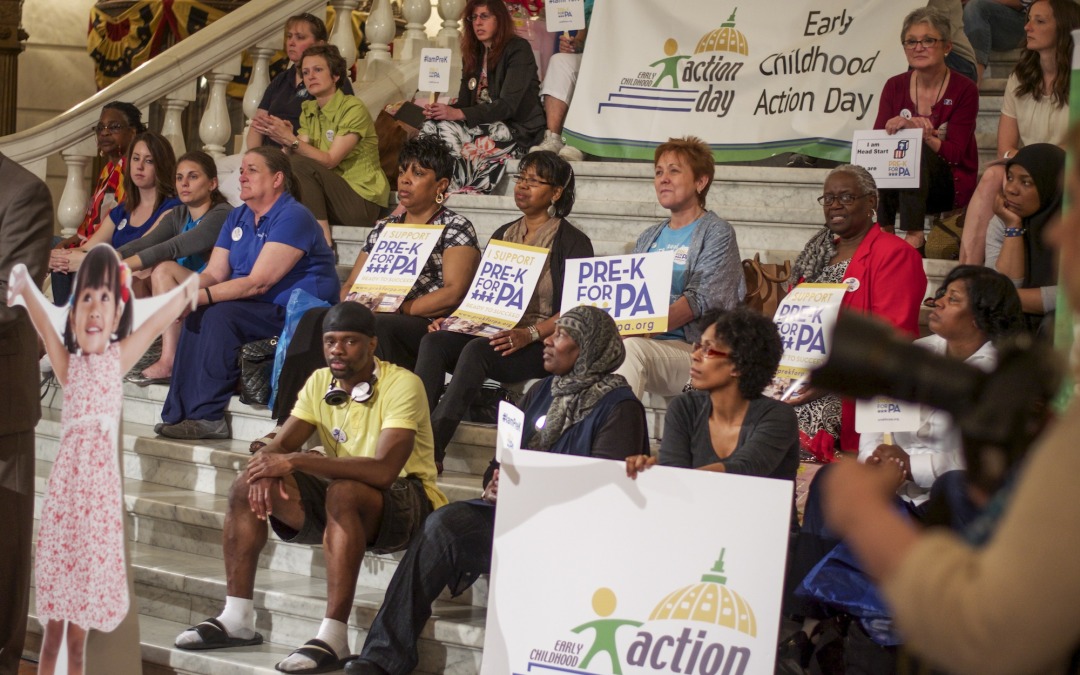 Harrisburg, PA – Pre-K for PA supporters and early childhood advocates from across the state gathered in Harrisburg today for the annual Early Childhood Action Day. Gov. Tom Wolf and Acting Human Services Secretary Ted Dallas led a special kickoff event in the Forum Auditorium in the morning, followed by an afternoon rally in the Capitol Rotunda.

Gov. Wolf has proposed increasing state funding for high-quality pre-k by $120 million in the coming fiscal year so about 14,000 more Pennsylvania 3- and 4-year-olds can benefit from this once-in-a-lifetime learning opportunity.

“Over the past year and a half, Pre-K for PA has been leading the push for expansion alongside the thousands of early childhood advocates who have been fighting for kids’ access to early learning for so many years,” said Jodi Askins, Executive Director of Pennsylvania Association for the Education of Young Children (PennAEYC), a founding partner in the Pre-K for PA campaign.

“We are encouraged by the governor’s proposal and enthusiastic support of individual legislators from across the state, but urge action in this budget year. Each year that passes without a substantial commitment to early childhood education, another group of young learners is missing the crucial elements of development only a young mind can experience.”