An Open Letter to Candidates for Pennsylvania Governor 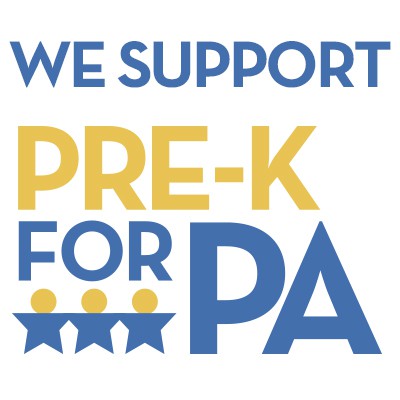 Congratulations on being chosen by your respective parties as candidates for governor in the 2014 general election.

Through the course of the primary campaign, you may have noticed a determined group advocating for a large segment of Pennsylvania citizens that can’t vote: children. Pre-K for PA launched in late January, and has since signed up thousands of Pennsylvanians who support our cause of making high-quality pre-k accessible to all 3- and 4-year-olds in Pennsylvania. Polling shows this issue has broad bi-partisan support.

Pre-K for PA has the support of many business leaders throughout the commonwealth. Among those leaders, we are proud that David L. Cohen penned an op-ed published last month in The Philadelphia Inquirer that stated: “Early-childhood education today is not just a ‘nice to have’ – it is an educational, moral, and societal imperative essential to building the workforce of the future. I am proud to support a statewide coalition (Pre-K for PA) of 10 leading organizations that are working to change the future for Pennsylvania’s children.”

Pennsylvania slipped on both preschool access and resource rankings in 2012-2013, according to the latest State of Preschool Yearbook from the National Institute for Early Education Research (NIEER). Pennsylvania now ranks 30th out of 41 states that provide pre-k access for 4-year-olds (down from 28th a year earlier), enrolling only 12 percent of 4-year-olds.

The State of Preschool report only underscores the urgency for making state investments in high-quality pre-k a priority. Many other states are more aggressively investing in pre-k because they know it has a proven, long-term return on investment. Pennsylvania needs to pick up the pace or risk falling further behind.

Only 1 in 6 of Pennsylvania’s 3- and 4-year-olds has access to high-quality, publicly funded pre-k. We ask that you make changing that dismal statistic a priority in your campaign for governor, because it is clear we can do much better.

Pre-K for PA is prepared to share with your campaign the many creative ways other states have broadened access to pre-k. The examples come from states as diverse as Oklahoma, Maryland, Illinois, West Virginia, Georgia, New York and more. What they have in common is the political will to provide the best opportunity for their youngest citizens.

Between now and the general election, Pre-K for PA will be aggressively expanding our leadership and grassroots support. While the campaign will not endorse, we will be reaching more and more voters who will want each gubernatorial candidate to make a clear and convincing case that, if elected, he will make access to high-quality pre-k a reality for every 3- and 4-year-old in the commonwealth by 2018. We hope to work with you to offer ideas for how that can happen while we grow our local support in ways that demonstrate to you the political wisdom of incorporating the goals of Pre-K for PA into your campaign’s policy goals in order to support a winning election strategy for governor.